DJ-turned-artist Afro B: Making music was a natural progression 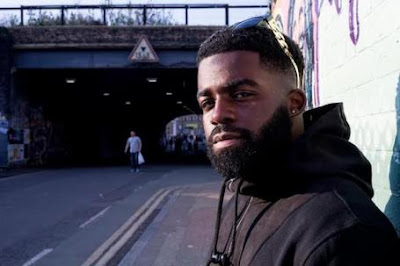 AFROBEATS-INSPIRED music is hot right now. The eclectic music genre has stormed the UK and you can’t turn up to a dance, rave or club without hearing a familiar melody burst through the speakers and send club-goers into a frenzy.
With the evolving popularity of the music genre comes a wide range of artists also looking to make their mark on the scene. One of the artists who is doing so – but with a particular edge – is Afro B.
For the Ivorian-British DJ-turned-artist, his 2017 mixtape ‘Afrowave,’ perfectly meshes the fusion of Afropop and Dancehall with a mainstream vibe that makes it perfect for ravers and the top 40 alike.
Afro B, who was raised in Greenwich, London, has found music to be a key inspiration in his life, and credits his family for helping him to develop his passion for it. “I started out playing piano in church and that’s where the passion for music started for me,” says the London-based entertainer. “My parents actually owned the church, so they would organise recitals, choirs and stuff like that.”
Afro B’s family continued to influence his musical evolution, as their Ivorian background played a large role in the music he listened to as a kid. “Growing up, I was very influenced by Ivorian music as that’s where my family are from. But naturally, I also liked 90’s-00s hip hop, so my inspirations included Tupac, Ja Rule, 50 Cent, but also musicians like Amy Winehouse. I’ve always liked different genres of music.”
As the artist entered into his teens, his musical journey sped ahead as he begun to take off with his DJing career. “I met up with friends in secondary school who decided to organise events for young people, and as a result I learnt how to DJ. From DJing, I ended up having a radio show on Reprezent, which promoted the African music and culture especially in the UK. After that, I decided to start making music as an artist.”
Afro B’s departure from DJing and decision to become an artist was prompted by the oversaturation of DJs and his desire to branch out and embrace what made him unique. “I think at the time, there were a lot of DJ’s doing the same thing and I was thinking I can’t be doing this for the rest of my life. It was just a natural progression for me to go into making music as an artist, as I was already into music. It really allowed me to separate myself from other DJ’s.”
And that he did. With hit songs like Juice and Power – which has amassed over 500,000 views on YouTube in 3 weeks– and his regular show on Radar Radio, to the popularity of his Afrowave mixtape, Afro B has transitioned into the spotlight with a cool, calm and collected persona. How does he do it? “My advice is to use ‘no’ as motivation to keep going, master your craft and make yourself unique from other artists on the come up,” he advises.
“Not everyone respected the change initially, and were questioning why I’d want to go from a successful DJing career to becoming an artist. But you just got to keep going and do your thing.”
Despite being compared to the likes of J Hus and Kojo Funds, Afro B believes that cultivating the Afrowave sound is what separates himself from other artists and is the key to his versatility and success thus far. “From listening to the Afrowave mixtape you can hear a taste of my versatility,” he enthuses.
“The Afrowave sound is true reflection of what is happening in the UK and worldwide, sonically. It incorporates this fusion of different genres; dancehall or hip-hop with one beat, to afrobeat melodies and R&B influences in another. It’s just a sound that everyone can vibe to but it’s quintessential to who I am as an artist.”