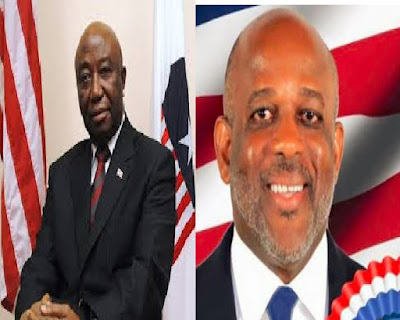 According to GNN Liberia pollsters, the presidential candidate of the Unity Party (UP) and Vice President of Liberia, Ambassador Joseph N. Boakai and the political leader of the opposition Liberty Party (LP), one of Liberia’s learned legal practitioners, Charles Walker Brumskine are  the most talked about candidates around the Country in the race.
According to the survey, this followed by Senator George Manneh Weah of the Coalition for Democratic Congress (CDC), the Standard Bearer of the Alternative Congress (ANC), Mr. Alexander B. Comings, the Standard Bearer of the All Liberian Party (ALP) of businessman Benoni Urey and  the political leader of the Movement for Economic Empowerment (MOVEE) of former Governor  Joseph Mills Jones.