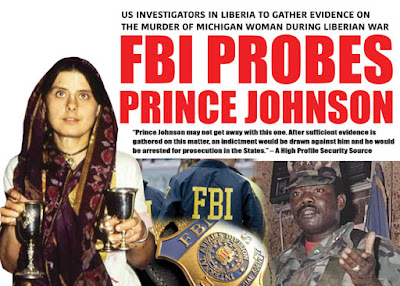 Nimba County Senator Prince Y. Johnson, now a senator highly revered in his county is one of the most infamous former rebel leaders masquerading in government, now opting to be President of the republic.

“Prince Johnson may not get away with this one."
"After sufficient evidence is gathered on this matter, an indictment would be drawn against him and he would be arrested for prosecution in the States” – A High Profile Security Source