June 18, 2017
Surprise! "Real Housewives of Atlanta" star Kenya Moore is now married.
And it's not to her ex-boyfriend, Matt Jordan, featured on the last season of the hit reality TV show.

The former Miss USA took to Instagram this weekend to share photos from her intimate, secret wedding in St. Lucia.

"A good man is hard to find but true love is even harder. I found both," she wrote in one caption. 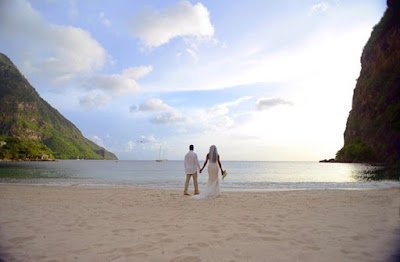 In another photo, posted Sunday, in which she's smiling and holding her husband's hand while wearing a white wedding gown with a veil, Moore wrote: "To my husband, Happy Father's Day to you and all the great Dads."
Her husband, whose identity is as yet unknown, is a businessman, according to People. Moore says in one of her captions that the two met a year ago.
"We met a year ago but didn't speak again until December," she revealed. "Since we reconnected you have been my everything, my one and only, my heart...I love you."