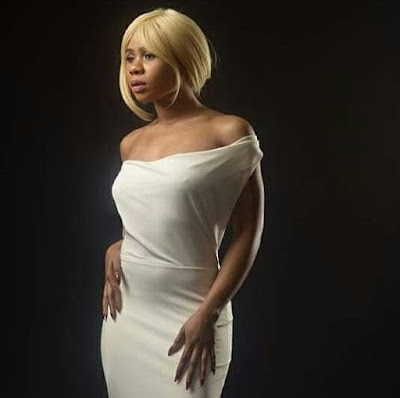 A few years ago, several female artists made a comeback into mainstream music, ending a long period of absence. This comeback saw them battling their male counterparts with songs that were rocking the city like wildfire, expanding their fan base, and becoming more popular than the brothers.
Long before their return in 2014, pioneer female artists like Fatu Gayflor, dubbed 'the golden voice of Liberia,' Miatta Fahnbulleh, Queen V and Peaches used their unique lyrical flows to greatly redefine their various genres.
Consider this for example, before 2004, the time female artists started to get involved in rap music, Fatu Gayflor and Miatta Fahnbulleh were battling their male counterparts neck-to-neck with singles that were easily traced to anywhere between the 60s and 80s.
In early 2000s, Queen V and Peaches arrived, and in 2014 and 2015, Lady Mouthphy, J-Glo, Sweetz, J-Glo and Lady Skeet all came to the limelight.
But things soon changed as this new generation of female artists went back into hiding, despite their promising starts that turned many of them into superstars.

This decline once more left the long-term hope of seeing women back in the music industry in limbo, leaving males to continue their dominance.
To find out what really happened, LIB Life spoke with some bloggers and other music stakeholders to get their views.
For Berenice Mulubah, founder of the blog 'C Liberia Clearly,' she said: "Most African female artists are intimidated by their male counterparts; therefore, they subconsciously sabotage themselves. Also, they are too passive and complacent."
Echoing a similar view, Marie Kwende, founder of the blog 'Liberia Music Insider,' noted that about 85 percent of female artists are not productive.
"They rely heavily on males in the industry for promotion and development. They don't push their songs or seem motivated to feed their fans with great music. Also our female artists don't network enough in comparison to male artists. Some female artists will gladly turn down promotion, or overlook or ignore opportunities by influential female bloggers.

"I believe we are seeing a decline because our female artists are unaware of their strengths and advantage. They don't know where they fit in the industry, how to best utilize their talent or how to connect with fans and the media," she said.
DJ Weezy, manager of the award winning group PCK and L' Frankie, explained that since a lot of females don't have passion for their careers, they put little attention into fostering their God given talents.
"Some of the new generations of female artists have turned to love birds in the industry, losing their integrities; and most of all; they depend on their male counterparts to compose their lyrics. Their inconsistencies have allowed the males to run this slow music industry," he said.
Offering a contrary view, Tmark Korpu, vice president of the record label 'Swag District,' noted that female artists in Liberia don't have equal opportunity in the industry as compared to their male counterparts.