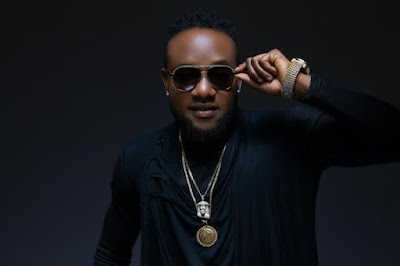 Five Star recording artiste, Kcee has revealed that he has a new manager, a month after officially parting ways with his erstwhile manager, Soso Soberekon.
In a post on Instagram, Kcee stated Dike Chigozie as his new manager, saying, ‘As the label continues to grow our man power, skills and improve on our strategy and client relations, the label has officially appointed a new manager.
‘Henceforth, all bookings and activities relating to Five Star Music will be directed to Mr Dike.’
Chigozie replaces Soso, who was with Kcee for five years, though this is not the first time him and Kcee have parted ways.

Soso was fired from the record label back in 2015 after he passed information about label mate, Skiibii being dead without proper verification.
The two soon reconciled and moved on from the matter.
However, inside sources revealed to us that Soso was dropped from the record label this time over issues of negligence.
‘Both Kcee and Soso have not been doing business together for a while, but they officially parted ways about a month ago,’ our source said.
Soso has since set up his own entertainment label, White Lion Entertainment.