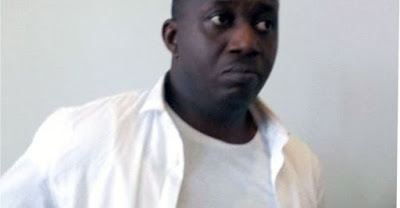 The foreign national who allegedly attempted to dupe Liberia of US$32 million from its Federal Reserve’s account has been jailed at the Monrovia Central Prison following his re-arrest Monday, 17 December.
Mr. James Lamin Kargbo, believed to be a Sierra Leonean national, is accused of criminally gaining access to Liberia’s swift code and account number at the United States Federal Reserves as a result of engaging in dubious business talks with government officials from the Ministries of State and Finance, according to police findings.
He is accused of posing himself as an investor intending to give Liberia loan to finance its road projects.
But Montserrado County Attorney Cllr. Edwin Martin told Criminal Court “C” that defendant Kargbo “is one of those con-artists, fraudsters and imposters who is within the basin of West Africa purporting to be an international” personality.
President George Manneh Weah’s quest for roads across Liberia has pushed his administration into engaging a number of individuals and companies, including the signing of nearly a billion dollar agreement with controversial Singaporean financing firm Elton private limited and Burkinabe group EBOMAF which are yet to bring results.
So, upon gaining access to the country’s swift code, Kargbo and his alleged criminal enterprise demanded a transfer of US$32 million which would have significantly robbed Liberia of its reserves at a time of harsh economic conditions.
He was jailed at the Monrovia Central Prison on the order of the Monrovia City Court following his re-arrest by police and court officers on Monday.
He had just been released from government custody by Criminal Court “C” Judge J. Boima Kontoe on the basis of prosecution’s violation of his constitutional rights by detaining him beyond 48 hours, before being rearrested and jailed.
Judge Kontoe says under the constitution, every person arrested or detained is mandatorily required to be charged and presented before a court of competent jurisdiction within 48 hours.
But Kargbor was later arrested on the order of the Monrovia City Court and subsequently jailed. He will face trial following his indictment by government.
The accused was first arrested by police on 5 December at the Ministry of Finance, but on 12 December his lawyers filed a writ of habeas corpus, accusing the State of violating his rights.
Habeas corpus compels authorities to produce the living bodies of persons detained beyond 48 hours.Montserrado County Attorney Cllr. Martin says there is proof to validate Kargbo’s nationality as Sierra Leonean and his capacity as a businessman.
He says the defendant failed to show any formal communication exchanged between the Ministry of State for Presidential Affairs and the Ministry of Finance who he claims had entered transactions and negotiations with him on behalf of the Liberian Government.
Cllr. Martin says Kargbo attempted to collect the international swift code for Liberia’s international savings abroad in order to criminally dupe the government of Liberia of millions of dollars, a plan which was cleverly arrested by the Liberia National Police (LNP).
By Winston W. Parley-Edited by Othello B. Garblah﻿