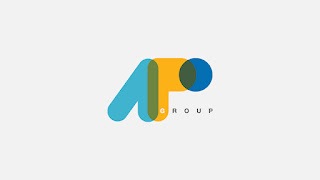 "Hungary has accredited an Ambassador in Liberia for the first time: the Hungarian Ambassador to Ghana recently presented his credentials to Liberian President George Weah”, Minister of Foreign Affairs and Trade Péter Szijjártó announced on Monday at a press conference in Budapest following talks with Liberian Foreign Minister Gbehzohngar Milton Findley.
Following the meeting, Mr. Szijjártó stressed that this was the first meeting of Hungarian-Liberian foreign ministers in history. He told reporters that he had presented his negotiating partner with the official request on the establishment of a Hungarian Consulate in Liberia, which would be led by an Honorary Consul.
The two politicians signed a memorandum of understanding on the establishment of a regular consultation mechanism between the Ministry of Foreign Affairs and Trade and the Liberian Foreign Ministry.
“Hungary launched its Southern Opening strategy a few years ago, which targets the increasingly dynamically developing African continent”, Mr. Szijjártó recalled, adding that the European Union is also concerning itself with the issue.
He declared that today, Europe’s security begins in Africa, and accordingly it is important for the countries of Europe to realise programmes in Africa that are capable of helping African state not become the source countries of migration.
“For this reason, within the framework of the Southern Opening strategy, in future even more emphasis will be placed on political, economic and security cooperation with African countries”, the Minister stated.
Mr. Szijjártó said Hungary supports the fact that during the upcoming multiannual financial framework the EU should continue to provide major funding towards Liberian development programmes. “The West African country is receiving 279 million euros during the current financial period”, he pointed out.
Among possible fields of cooperation, Mr. Szijjártó mentioned the development of Liberian security: border protection and the fight against terrorism.
“Various projects on the modernisation of Liberia’s electricity supply are also in preparation: Hungarian products could contribute to the security of Liberia’s energy supply”, the Minister highlighted.
On the subject of Agriculture, Mr. Szijjártó told reporters that Hungary is the sixth largest global exporter of agricultural seeds. “We have offered the African country professional support within this field”, he said.
He also stated that beginning in September ten Liberian students will have the opportunity to study at Hungarian universities within the framework of the Government’s scholarship programme.
Mr. Szijjártó highlighted the fact that cooperation within the UN to combat arms smuggling will also be stepped up.
Gbehzohngar Milton Findley stressed that the Liberian delegation is in Hungary to reinforce bilateral relations.
“We would like partnership and to offer investment opportunities to Hungarian enterprises. We are grateful for the assistance Hungary is providing to enterprises that would like to invest in Liberia within the fields of forestry, fisheries, agriculture, mining, tourism and science”, he stressed, adding: “Cultural cooperation would also be welcome”. “Liberia’s doors are open”, the Liberian Foreign Minister stated.