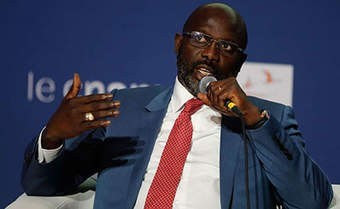 A member of the Liberian Senate, Sando Johnson is claiming that lawmakers, especially Senators are harboring fears to speak against unfolding issues affecting their constituents to avoid losing the support of the president in their quests for re-election in 2020.
“How many of us speaking up right now? Because, especially for the Senate, people are worried, they are not talking because they say well you know, 2020 [Senatorial Election] is coming,” Sen. Johnson told a local radio station in Monrovia Tuesday, 18 December.
According to him, 15 members of the Liberian Senate are going for re-election in 2020, and so none of them will think about how the country is moving and how things are happening.“They are concerned about re-election,” he contends, and warns his colleagues of not being re-elected if things are not working good for their constituents as a result of their silence on national issues.
“So this is where we are going. The Senate will not be active right now because of the 2020 election,” he continues.The Bomi County Senator notes that lawmakers need not to wait for the president to lift their hands in political rally to win their constituents because right now the people are not happy.
He admits that the people are right when they sometimes blame lawmakers, especially the Senate for not talking on behalf of the people who elected them.“Things are going bad, then you’re quiet, you’re not taking action because you want get elected in 2020, they will vote you out,” he adds.
Sen. Johnson encourages his colleagues to get stronger and stand up for their people, expressing a belief that if they fail to do the right thing, they will equally make the president to look bad.
By Winston W. Parley﻿