We had a one-on-one with DJ Nelly Degbe, the winner of Liberian Entertainment Awards Best DJ 2016/2017.  He is known for effectively spinning Liberian music.  Check out the interview below. 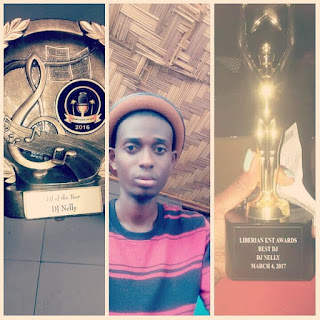 What do you think you are doing differently from other DJ’s?
I have a brand call Nelly Empire, which help upcoming DJ’s to improve their dj skills. I also help underground artists to put them on a platform, when ever we have a big event. We make sure the underground artist open up the shows.

How do you make your selections for your playlist?
I look and listen to all the hottest artists around the world, that’s how i choose my playlist.

What’s should we expect from you 2017?
2017 my fans should expect greater playlists, working more in my community and giving back. Building my brand and my team to be stronger and traveling around the word to DJ.