Kanye West To Meet With Donald Trump At The White House On Thursday: Report 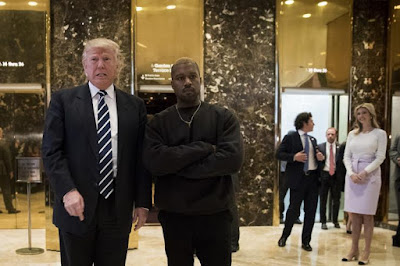 Kanye West is expected to meet with Trump this Thursday at the White House.
It looks like Kanye West is getting his wish of meeting with Donald Trump this week. According to the New work Times, Kanye is scheduled to meet with the President and his son-in-law/senior adviser Jared Kushner this Thursday at The White House.
Kanye, who has faced a backlash over his vocal support of the President & for wearing MAGA hats, will meet with Mr. Kushner first to talk about criminal justice system, before going on to have lunch with President Trump.
Similar to what his wife Kim Kardashian did a few months back, Kanye is going to have a meeting on the criminal justice system. Kanye is reportedly seeking job opportunities for former convicts, while criminal justice reform has reportedly been Kushner's main focus recently. After that, Kanye also hopes to talk with Mr. Trump on how to increase the number of manufacturing jobs in the Chicago area, where Mr. West grew up and recently said he planned to return, according to the person briefed in the meeting.
A representative for Kanye confirmed the meeting too, validating that this meeting is indeed expected to happen. Many people believe Trump is doing this just as a marketing play to the African-American community with midterm elections next month, making Kanye a puppet in all of this.
Just last week, Trump praised Kanye for his SNL performance after Kanye went on another pro-Trump rant after the show last week, saying he's "leading the charge" with his support.


We’ll be sure to keep you posted on Thursday’s meeting as more information or details arise. Keep it locked until then.﻿