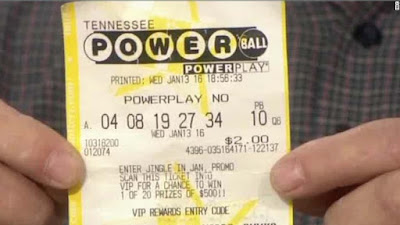 Hate to break it to you, but you're not the nation's newest millionaire -- unless you're the lone person in South Carolina who picked the magic Mega Millions numbers to win the $1.537 billion jackpot.
Should the unidentified winner pick a one-time cash option, they would walk away with a cool $878 million. Otherwise, the full $1.537 billion jackpot would be paid in annuities over 29 years.
The numbers drawn Tuesday night were 5, 28, 62, 65 and 70, and the Mega Ball was 5. Only one person matched all the numbers to win the jackpot, Mega Millions said. A whopping 36 tickets nationwide matched five of the six numbers for second-prize tickets.

The jackpot fell just short of the all-time US lottery record, set in January 2016 when three winning Powerball tickets split a $1.586 billion prize. Mega Millions officials had earlier estimated that Tuesday night's prize would reach $1.6 billion, but the total wasn't finalized until after sales stopped shortly before the drawing.
Still, the prize smashes the old Mega Millions record jackpot of $656 million, set in March 2012.
Read More
"This is truly a historic occasion. We're so happy for the winner, and we know the South Carolina Education Lottery can't wait to meet the lucky ticket holder," said Gordon Medenica, lead director of the Mega Millions group.

Mega Millions is played in 44 states as well as Washington, D.C., and the US Virgin Islands. A ticket costs $2 -- and the winner beat the odds of 1 in 302 million.
The jackpot has been rolling since July 24, when a California office pool of 11 co-workers shared a $543 million prize.
The next Mega Millions drawing is Friday, and the jackpot will reset itself to $40 million -- or $22.8 million cash.

Mega Millions aside, the Powerball drawing is Wednesday, and the jackpot for that is an estimated $620 million.
The Powerball has climbed since the last winning ticket in New York took home the jackpot in August, and has had 20 drawings since then without a winner. Wednesday's will be the third-largest Powerball jackpot. ﻿