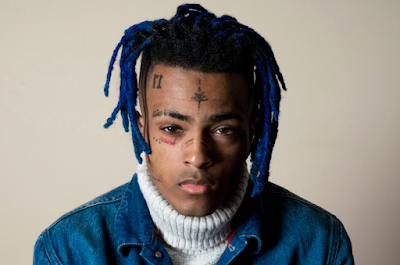 
Florida rapper, XXXTentacion, who was fatally shot and killed in June was awaiting trial for a 2016 domestic abuse case involving his pregnant girlfriend, Geneva Ayala before his death.
XXX whose real name was Jahseh Dwayne Ricardo Onfroy, was charged by the Miami-Dade County state attorney’s office with aggravated battery of a pregnant victim, domestic battery by strangulation, false imprisonment, and witness tampering, accusations the alleged victim detailed in a January 2017 deposition. He pleaded not guilty to the charges and maintained his innocence up until his death.
But in a new audio recording obtained by Pitchfork which was secretly recorded by an acquaintance shortly after the rapper's arrest in October 2016, XXXTentacion can be heard admiting to beating up his girlfriend, Geneva Ayala.
“I put my source of happiness in another person, which was a mistake initially, right? But she fell through on every occasion until now. Until I started fucking her up bruh. I started fucking her up because she made one mistake. And from there, the whole cycle went down. Now she’s scared. That girl is scared for her life. Which I understand.” He did not detail what he had done to the alleged victim. Earlier in the recording, he said, “I will kill that bitch if she play with me.”
He also talked about an incident in Deerfield, where they reported that three people were stabbed, but XXX admitted that it was actually 'eight people'.
Referencing his girlfriend, he says 'She's seen when I came back from stabbing [victim] in Orlando... no tears on my face, no remorse.'
'She know. So she's scared. She thinks I'm going to kill her.'
Listen to the audio recording below.