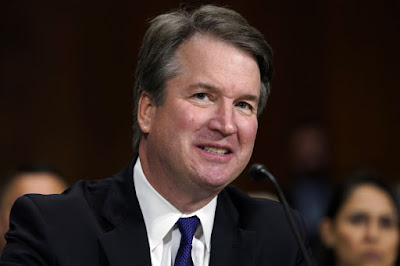 The senate confirmed Brett Kavanaugh to the Supreme Court Saturday afternoon, likely cementing a conservative majority on the court for a generation and bringing to an end months of bitter partisan feuding marked by shocking allegations of sexual assault and vehement and angry denials from the nominee.
The final vote was 50-48 and interrupted several times by protesters as senators sat silent at their desks for the formal roll vote.
The confirmation marks a major victory for President Donald Trump, who will soon be able to take credit for appointing two conservative justices to the Supreme Court during his relatively brief time in office.