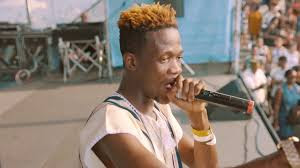 Today is one of the saddest days in my life. I’m sad after reading the full report by ProPublica about the systematic sexual abuse of poor and helpless teenage girls at More Than Me, which were covered up by Katie Meyler, the organization founder.
These girls lives were upended, their futures clouded, and worst of all, the pains they went and are going through were kept under wraps by those they loved and trusted.
Katie Meyler action was inhumane and neglectful. It is also an unacceptable and unforgivable act. These girls might be poor, but they do not deserve what they went and are going through.
Therefore, I’m calling on the government through the Ministry of Justice and Gender, Children and Social Protection to seek justice for these young girls who future has been ruin by Katie Meyler neglectful action without delay.
The Government needs to take this situation seriously if not, this will be the order of the day. This is the time for the Government of Liberia to prove that it remains committed to ending all forms of abuse against children.
Although the perpetrator of this immoral and deadly act is dead, Katie needs to be prosecuted for covering up the scandal at the organization and later influencing the trial of the accused rapist just to save the institution imagine.
The fact that she was aware of the situation and did nothing, makes her a party to the crime. Meyler did nothing because the man in question who rape these girls was her boyfriend.
Katie Meyler and her organization fail these unprivileged kids who needed their help. She willfully neglected her responsibility to put into place systems and mechanisms to prevent such a situation.
This is because her organization built its foundation and fundraising appeal on the poor living condition of these girls and created an environment where the very abuse they claimed to protect the girls from became widespread. This is total wickedness and unacceptable.
Since Katie uses those girls’ stories to enrich herself, she should not go free. She is equally guilty as the perpetrator of this criminal act.
The government should not only prosecute her but revoke her license to operate a charity organization in the country. And set precedence to ensure that schools do not become playgrounds for predators and do not reward those who enable predators.
Katie Meyler knows that access to education is not just about getting girls in schools but making sure the challenges they face before schools and during schools are addressed.
Despite knowing this, Katie failed those innocent girls who trusted her with their lives and saw her as a role model.
﻿