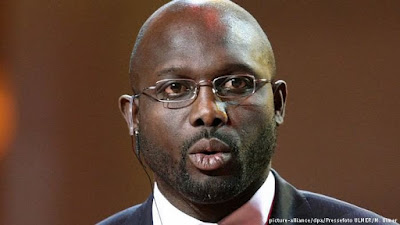 ﻿
President George Weah does keep his promises, doesn't he? The University of Liberia and all public universities in Liberia are now tuition free!

President of Liberia, President George Weah has sensationally declared that the University of Liberia and all other public universities in Liberia tuition free. Yes, you got that right: no cost at all for any student pursuing undergraduate education at public universities in the country.
Weah made the announcement during his visit to the University of Liberia and also took to his Facebook page to announce the joyful news to the world.
Speaking to the crowd, he also promised that he would make University education free in the country and make Liberia an example to other African nations on the continent.
During the last campaign before his election, George Weah said to a large congregation of his supporters, "I played football in Europe. I would have stayed in Europe and enjoyed my money, but I came to Liberia to redeem you from the bondage of hardships. See what I have done in this country in terms of development."
Today, will come down as one to be remembered in history as the president, in a few months after his election, has declared the prestigious University of Liberia and all other public Universities in Liberia tuition free.
In a message through his official Facebook handle, the president wrote:

"Today, I am excited to announce that I have declared the university of Liberia and all other public universities in Liberia Tuition free for all undergraduates."

This is indeed good news and one which will go down well with youth not only in Liberia but Africa in general.﻿