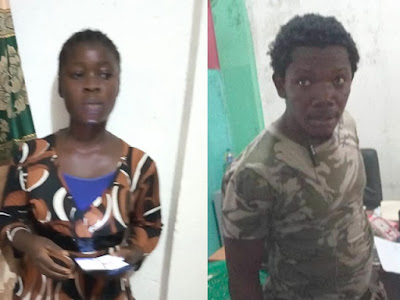 The Liberia Telecommunications Authority is investigating a major SIM Box Network busted over the weekend, where hundreds of SIM cards from both Lonestar Cell MTN and Orange Liberia were used to illegally terminate in-bound international calls. SIM Box operations are considered one of the gravest offenses, according to the LTA, depriving the Government of Liberia hundreds of thousands of dollars in revenue.
The LTA’s Anti-Fraud and Legal Units had two adults arrested and detained on the morning of Friday, October 5, for allegedly operating SIM Box units with hundreds of SIM cards from both operators.
SIM Box Units are illegal in Liberia and are used to by-pass the proper channels to register international calls terminated in the country. SIM Box units disguise in-bound international calls as local calls, making as though the call is coming from a local number. By this, perpetrators are able to manipulate the process defrauding government and service providers of hundreds and thousands of dollars annually.
Friday’s operation, LTA’s first bust this year, occurred in Mamba Point near the Old CID headquarters.
After a tip-off, the LTA Anti-Fraud Unit moved into covert surveillance. The Authority’s Legal Unit secured a Writ of Arrest through the Monrovia City Court, which assigned sheriffs, then moved in to arrest the suspects, Miss Dorcat Tartee and Mr. Jefferson Mulbah.


SIM Box equipment and a large number of SIM cards from Lonestar and Orange were confiscated at the scene.  Empty casings for the SIM Cards were also confiscated, along with a large number of used and unused dollar scratch cards.
LTA has not disclosed whether the SIM cards arrested were registered or not. However, any unregistered SIM Cards in the batch constitutes a major regulatory violation with potentially heavy consequences and fines for GSM Providers.
The LTA has previously warned GSM Providers of the threat unregistered SIM Cards pose to national security.


The two individuals remain in police custody pending further investigation.  LTA Public Affairs Director Jarsea Burphy says, “the Anti-Fraud Unit vows to remain vigilant in combating fraud, we thank the Court and Police for responding swiftly. Our next step will be establish if these cards used were registered and  then to calculate the revenue lost  to the government and people of Liberia. ”
The LTA Chairman, Ivan Brown, will head the Authority’s investigation going forward with a strong team  of Commissioners, (Zowana Titus, Maria Harrison, Israel Akinsanya and Edwina Zackpah). He has commended his staff for their vigilance and commitment.
According to the LTA, the Mninstry of Justice will be responsible for processing the evidence for prosecution of the suspects.﻿