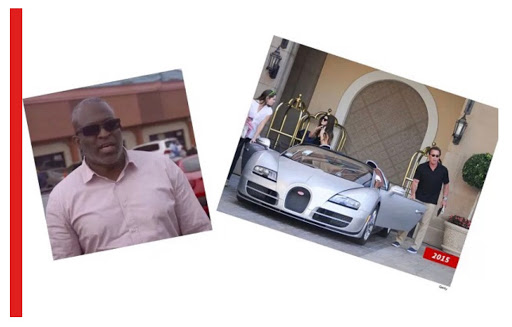 A Nigerian, Obi Okeke, has bought a Bugatti Veyron belonging to Hollywood actor, Arnold Schwarzenegger’s for about $2.5 million (approximately N900m).

The Super Sport version of the Veyron is recognised by Guinness World Records as the fastest streets legal production car in the world, with a top speed of 431.072 km/h (267.856 mph).

The dealer popularly known as aka Doctor Bugatti is famed for selling a similar ride to boxing star, Floyd Mayweather, in August 2017.

Mr Okeke who is the owner of Fusion Luxury Motors, met Mayweather in 2009 and the boxer has purchased over 40 luxury cars from him.

The 56-year-old car merchant is a fixture in the American luxury automobile industry, dealing in cars that cost millions and selling to high net worth clients.