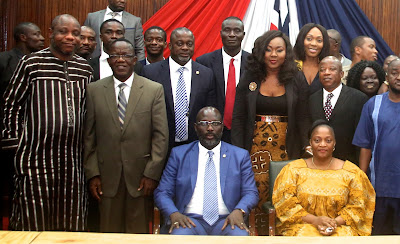 President George Weah convened with the Liberian Business Association and it's institutional Members on Feburary 5, 2018, at the C. Cecil Dennis Auditorium at the Ministry of Foreign Affairs in Monrovia, for a meeting intended to make good on the administration’s pledge to ensured Liberians are not spectators in the Liberian Economy. 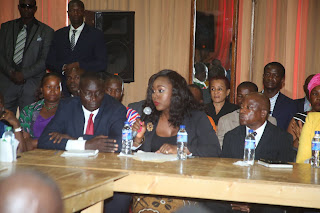 M. Leelai Kpukuyou, Secretary-General of the Liberian Business Association (LIBA), told C Liberia Clearly it had been a "fabulous meeting" and said the president was "fully engaged” on every topic. 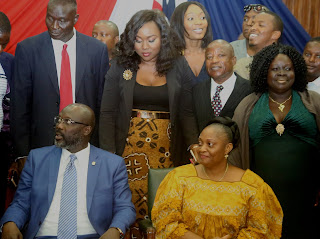 Miss Kpukuyou added that the members had a “balanced discussion” about "taxes, trade, retail laws, mass production for government uniforms, and how to bring home jobs." 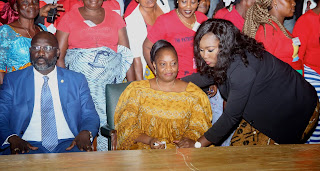 Other attendees at Monday’s business huddle included members of the Tailor’s Union; the Patriotic Entrepreneurs of Liberia (PATEL); the Paynesville Business Association and Petty Traders, Carpentry, Water Manufacturers and more.

Miss Kpukuyou touched lightly on the president recent attempt to reduce the price of rice in Liberia.  She interpreted his action as, “An immediate response to his Pro Poor agenda.  He had to do something immediately to affect the people.

We welcome the ideal, but more than that, what we want to see happen is to empower local manufacture that are involved in rice production. The Vice President is very interested in empowering of local production."