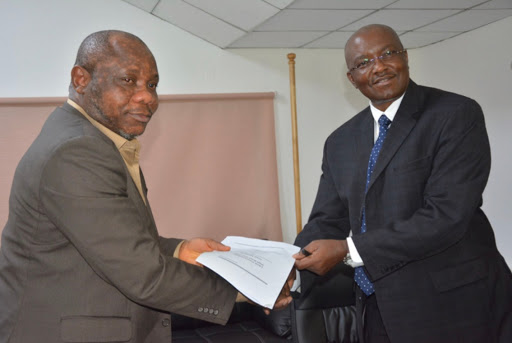 The World Bank has provided its first development support to the new Government of Liberia headed by His Excellency President George M. Weah with the signing of an IDA Grant Agreement amounting to US$ 24.7million between the Bank and the Liberian Government.

According to the Agreement, US $20 million is for the implementation of the Fourth Poverty Reduction Strategy, while US$4.67 is specifically intended for a Forest Landscape Single Donor Trust Fund.

The Agreement signed today further outlines the project focus to include strengthening governance with particular emphasis on transparency and accountability, as well as budget execution and oversight. Also other key areas the Grant will be addressing as contained in the Agreement are the key constraints to growth, including electricity, as well as improving human capital development particularly through improved access to education and health.

Speaking during the signing ceremony today in Paynesville City, Mr. Henry Kerali on behalf of the Bank disclosed that the Bank has expressed its commitment to Liberia’s development in an earlier meeting during the day with His Excellency President Weah. He said, “the Bank will continue to provide more support including additional grants and credits going forward in the scope of the Bank’s twin goals to end extreme poverty and boost shared prosperity which means to create more jobs in Liberia”.

Speaking on behalf of Government, Minister Tweah conveyed thanks to the World Bank for its continuous support to the country and described the Bank as being among the trusted partners that Liberia has.

The Finance Minister further mentioned that the new partnership between the Bank and the Government of Liberia under the leadership of President Weah will now be based on delivering results for pro-poor impacts something he said is the new paradigm that is going to happen in line with the President’s vision.

The Finance Minister Hon. Samuel D. Tweah during his brief remark further said “that grant resources, credit resources from multilateral and bilateral partners should deliver impacts whether for road construction, education, youth development, agriculture, etc. He then assured the World Bank that every penny of the grant will be dedicated to pro-poor causes in the interest of the Liberian people.