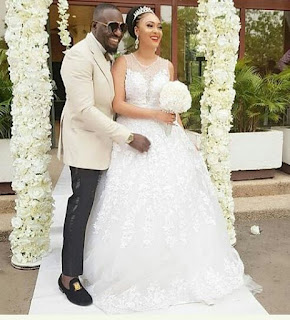 Nollywood actor Jim Iyke and actress, Rosaline Meurer as newly weds in a new movie that the fans have been expecting titled ‘Yoruba Demons’
But before you run minds wild and start congratulating actor Jim Iyke for finally tying the knot, let’s backtrack a little bit.
As much as we want to hear wedding bells for the bachelor, the photos are from a scene in an upcoming movie by comedian Ayo Makun, titled Yoruba Demons.
Several people have been congratulating the actor since the photos went viral earlier today, but it is not a real wedding.
Other actors in the movie include Ayo Makun, Ramsey Nouah, Falz, Osas Ajibade, Ireti Doyle and among others. Yoruba Demons is still in production and no word yet of when it would be released. 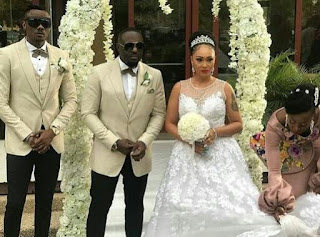 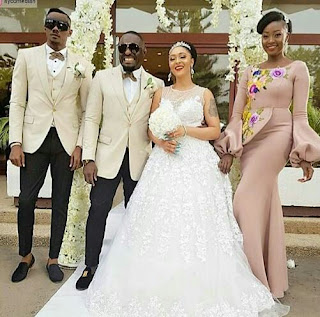 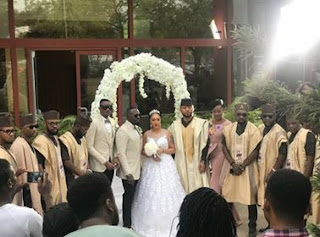 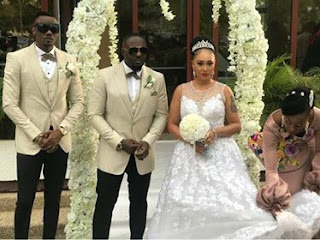 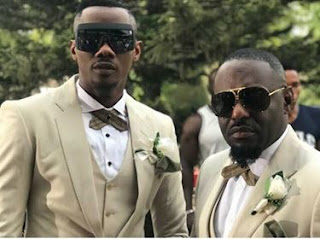