Davido Becomes the Most Followed Nigerian Celebrity on Instagram 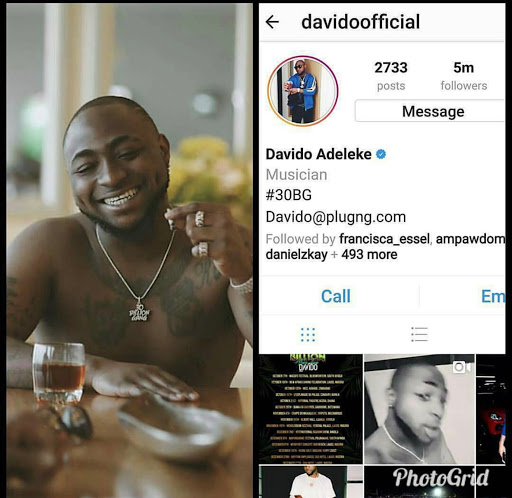 The singer clocked the landmark number on Tuesday.

Meanwhile, Davido says he is set to take Africa for the “30 Billion Africa Tour“.

He revealed this via his Instagram handle with the tour starting on October 7 in Bloemfontein, South Africa. The tour will also touch cities like Accra, Harare, Gaborone, Polokwane, Luanda, Maputo, Conakry and Abidjan before ending on December 27 in Lagos, Nigeria.