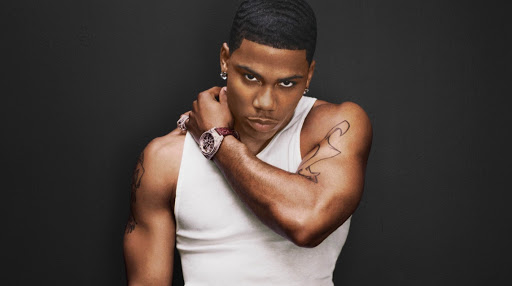 The woman who accused rapper, Nelly of rape, has refused to testify against him in court and has asked for the case to be dropped.

Her lawyer, Karen Khoeler says that her client asked for the case to be dropped because she feels the system has failed her and that she thinks because Nelly is a celebrity, nothing will work in her favour.

In a letter dated Friday, the woman's attorney said she regretted calling 911 and reporting that the rapper had raped her on his tour bus after a concert in Auburn, Washington, on Oct. 7.

In the letter, attorney Karen Koehler said the woman stands by everything she told police. But, she said she will not be testifying in any criminal case.

"Who will believe her. People are saying horrible things already. She cannot handle this. She is about to break."

Koehler added that her client was very disappointed in the police and prosecutors for telling the media that she had met with them, after they had assured her that no one would know about it, until after the investigation was over.

Hence she wants the case dropped.

In the letter, Koehler started by saying:

We do not live in a society where a 21-year-old college student can feel safe enough to pursue criminal charges against a celebrity for an alleged rape," Koehler wrote.

Koehler described what happened to the woman after she called 911: She was interviewed and detained, then taken to a hospital for a rape kit. When she returned home, she was "besieged" by text messages and news articles detailing the incident, Koehler said, then she was called by a reporter.

"As she cries alone in her apartment with mounting hysteria, she will learn that the celebrity and his lawyer are issuing public statements that her 'allegation is devoid of credibility and is motivated by greed and vindictiveness.' That her agenda is 'money, fame and notoriety,'" Koehler said. 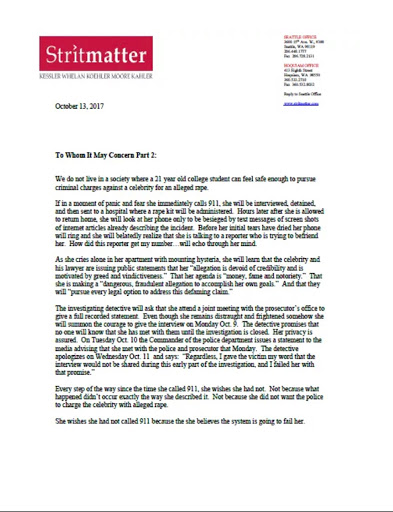 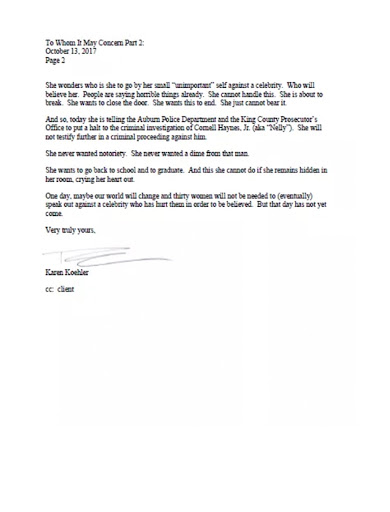