See Barack Obama Crash His Wife’s Conference with 25th Anniversary Tribute That Made Her Gasp, ‘I Better Get Home!’ 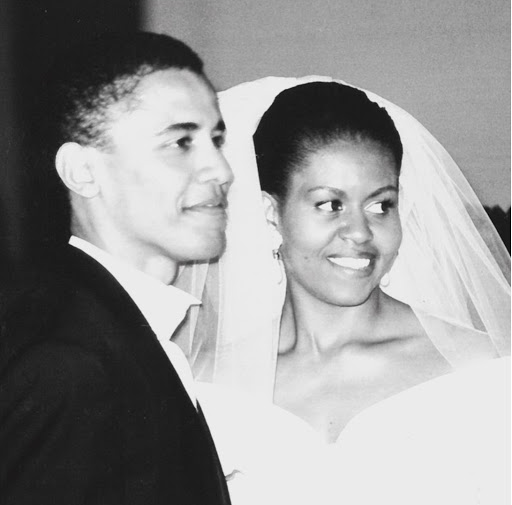 Barack Obama sure knows how to make a grand gesture.

The former president sent wife Michelle Obama a sweet video message on their 25th wedding anniversary on Tuesday, surprising her during her talk with Shonda Rhimes at the Pennsylvania Conference for Women in Philadelphia.

Appearing on a big screen, Obama first apologized for “crashing” the conference before launching into a loving tribute that brought tears to his wife’s eyes — and color to her cheeks.

“I had to crash this party because today we have been married for 25 years,” Obama said. “The idea that you would put up with me for a quarter of a century is a remarkable testament to what a saintly, wonderful, patient person you are.”

“It was a lot easier for me to do it,” he added with a smile, “because the fact of the matter is that not only have you been an extraordinary partner, not only have you been a great friend, somebody who could always make me laugh, somebody who would always make sure that I was following what I thought was right, but you have also been an example to our daughters and to the entire country.”

The former first lady teared up as her husband praised her “strength, grace, determination and honesty.”

The former president also said he appreciated “the fact that you look so good” doing all of this.

“It is truly the best decision that I ever made to be persistent enough in asking you out for a date,” he said.

Mrs. Obama was blushing by the time her husband concluded the lengthy tribute.

She turned to Rhimes and the crowd and joked: “I better get home.”

The former president later posted his video on Facebook, captioning it: “Asking you to go out with me is the best decision I ever made. I love you, Michelle.”

Earlier on Tuesday, Mrs. Obama sent her husband and “best friend” a happy anniversary message on Instagram, sharing a photo from their Chicago wedding on Oct. 3, 1992.

“Happy 25th anniversary @barackobama,” she wrote alongside the shot. “A quarter of a century later, you’re still my best friend & the most extraordinary man I know. I (heart) you.”