Meet the Man Who Ended Christoph and Coz Beef 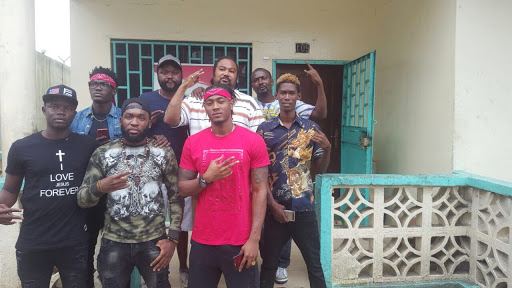 He is the cousin of Coz, his name is  COBLOODED THE GREAT, the man that brought Christoph and Coz to the table for peace. He is a Liberian artist based in California signed to Shakesquad, a lable affiliated with hip hop icon Too short. Coblooded is also connected with Pure Hearts records in liberia, which is extended family to Christoph. The beef was dead a while ago. It was Coblooded that brought asked them to come out officially and publicly to let the fans and the Liberian people around the world know that they are putting an end to the fued. Chris and Coz understands that uniting will send a very strong message in our country, not limited to entertainment.

Coblooded is the guy directly behind Chris, in the photo above.

Also in the picture is Margas from Chris Label MEMG and the other guys are members of Pure Heart records. The pic was taken today after the first public announcement on the Costa Show.