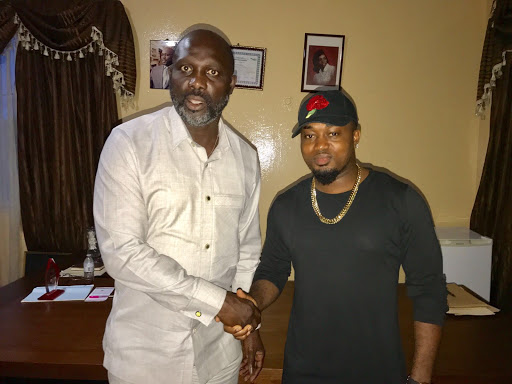 Calling senator Weah a global icon, the father of the nation, the beloved peacemaker, philanthropist, humanitarian, one of the greatest African players of all-time, one of the best forwards of his generation and a hero, DenG wished the presidential candidate many more years to come and a blessed day, on social media.

Born 1 October 1966 Weah is the only African soccer player to be named FIFA World Player of the Year. That same year he snatched the Ballon d'Or, becoming the first African player to win these awards.

He was a "clinical finisher" when it came to goalscoring, dribbling, acceleration and speed. In fact, FIFA described him as "the precursor of the multi-functional strikers of today." In 2004 after he retired from the sports, Weah was named by King Pelé in the FIFA 100 list of the world's greatest players alive.

"Since my life, I've never seen someone - especially a Liberian - this humble as George Weah. On my birthday, he quit his campaign only to rain birthday wishes on me, in the presence of my friends," Deng said sobbingly.