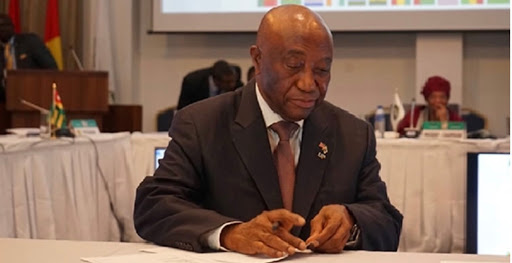 A letter under the Unity Party (UP) letter head and purportedly signed by the UP Chairman, Wilmot Paye, suggests that Vice President Joseph Boakai, the UP’s standard bearer, has been diagnosed of early stages of cancer.

But the letter, which has gone viral on social media, has been debunked by the UP, describing it as “total trash.”

“The chairman will not do communication that way…That letter is weak and cheap propaganda,” the party added.

The Unity Party Spokesman, Mohammed Ali, further stated that the letter is “coming from political wannabes and flunkies.

"Let me state here in simple and clear term that our standard bearer, Vice President Joseph Nyuma Boakai, is in the best of health and has been like that for the past 12 years."

"Let me reassure all of our partisans, supporters and the Liberian people in general that the UP Political Leader is in high spirit for tomorrow's historic elections."

"No amount of political fakery and trickery will deter the Liberian people from doing what is right.”

The September 29, 2017 letter is addressed to the executive committee of the party stated:

RE: The Standard Bearer Health Condition

It  the privacy of the Standard Bearer and his family.

The Standard Bearer has already begun initial treatment but will postpone intensive treatment until after October 10.

It is likely that the intensive treatment will render him unable to fulfill his duties as President-Elect for a period of time; he will make an announcement to this effect to the public after the election.

They will and continue in these role until the Standard Bearer recovers to full health.

Let us stay encouraged and continue to work at full strength to Think Liberia, Love Liberia and Build Liberia.

FrontPageAfrica has, however, not been able to confirm the authenticity of the discharge form and is not permitted to divulge information contained therein.