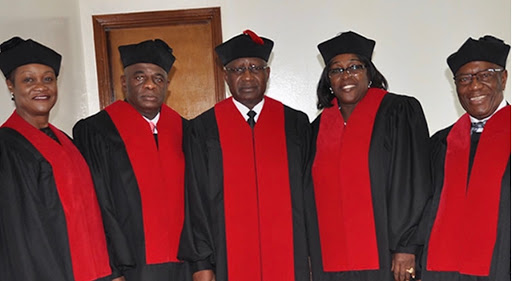 James Marfalon, a 20-year-old, guilty of raping a 10-year-old girl in 2011, was sentenced to 10 years by the jury at Criminal Court “’E”.  The case was appealed to the Supreme Court and the sentence was extended to 25 years.

Associate Justice Sie-A-Nyene Yuoh stated that the Supreme Court agreed that Marfalon committed the act based on the facts and supporting evidence adduced during the trial of the case.

According to Justice Yuoh, the court considered the  child’s age and maturity, nature and duration of the abuse, relationship of the child to the offender, the coherence of the statement by the victim and others.

At the time of the incident the defendant was 10 and is now about 17yrs.