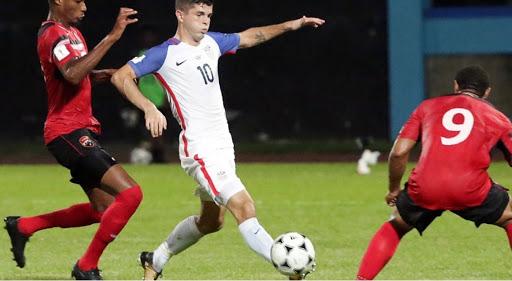 The United States men’s national soccer team failed to qualify for next year’s World Cup finals for the first time since 1986 after their 2-1 loss to Trinidad & Tobago Tuesday night.

The defeat ends a streak of seven consecutive appearances for the U.S. at soccer's quadrennial showcase, dating back to 1990.

The U.S. entered its final qualifier with a berth uncertain for the first time since 1989. Home losses to Mexico last November and Costa Rica last month left the Americans little margin for error.

The 28th-ranked Americans needed merely a tie against 99th-ranked Trinidad, which lost its sixth straight qualifier last week. But the defeat -- coupled with Honduras' come-from-behind 3-2 win over Mexico and Panama's 2-1 victory over Costa Rica on Ramon Torres' 88th-minute goal -- dropped the Americans from third place into fifth in the six-nation final round of the North and Central American and Caribbean region.

Mexico and Costa Rica already had clinched berths, and Panama claimed the third and final automatic spot and will go the World Cup for the first time. Honduras will meet Australia in a two-game playoff next month for another spot at next year's 32-nation tournament.

Shocked American players slumped on the bench, and Matt Besler sat on the field after the final whistle as Panama's game ended and then Costa Rica's. At the end, dejected U.S. players filed into their locker rooms with blank looks.