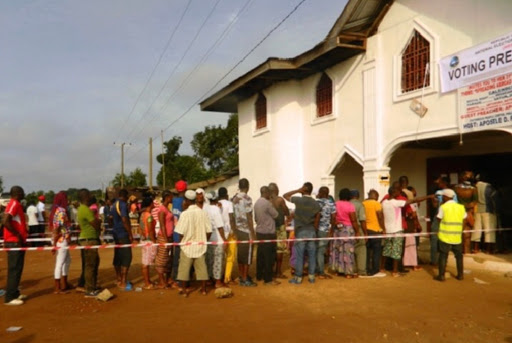 According to FrontPage Africa, the head of the Ecowas Elections Observers Mission to Liberia, former Ghanaian President his excellency John Dramani Mahama said the October 10 polls is being marked by several lapses on the part of election workers.

Mr. Mahama who is touring polling stations in Margibi and Monsterrado Counties told reporters this morning in Kakata, Margibi County that the voting process is being faced with challenges including the late start of polls, the late arrival of polling materials in remote areas of the country and several complaints from voters over the absence of their names from the voters roster.

He noted that the late training of presiding and electoral officers is seen as one of the causes of the poor performance of poll workers, especially the lack of confidence in identifying the names of voters on the roster.

Despite the reported lapses in the conduct of the polls, the former Ghanaian President praised some presiding officers for perfectly conducting the process, especially in the area of identifying the names of voters.

He, however, expressed confidence in the process that despite the challenges and the issue of long queues, people will have the opportunity to vote before the polls closed.