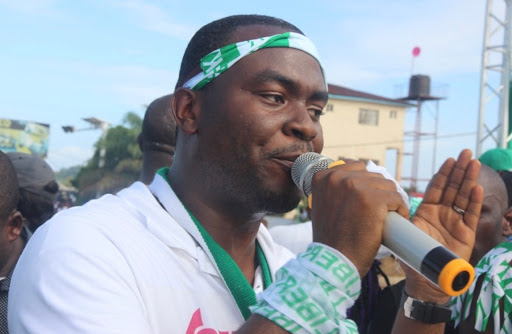 Liberty Party has announced that they are compiling an investigative evidence-back report of their discovery of fraud and irregularities observed during the election.

The party’s chairman, Benjamin Sanvee, said they have called on the National Elections Commission (NEC) not to announce any results from the elections until they (LP) have presented their findings to the NEC.

The NEC announced Wednesday that they will release the first preliminary results today at its headquarters.

But the Liberty Party says should NEC go ahead to announce the results, they will take legal action against the NEC.

“There is absolutely no excuse for hindering Liberians from exercising their democratic rights.

“We call on all LP partisans and all Liberians to remain calm and peaceful as we work to resolve these issues,” Chairman Sanvee said.

Head of the ECOWAS Observer Mission, former Ghanaian President Dr. John Dramani Mahama initially told reporters on the election day that he observed some irregularities with the process, which the NEC could have averted had they sufficiently trained polling staffs.

He, however, told reporters in a press conference on Wednesday that the counting and tallying process was done in a transparent manner.

“Thus far, given the environment before, during the polls and sorting process, Liberia is on track to achieving a credible poll,” he said.

Mahama also commended the security forces for curbing pockets of violence during the polls, he read to journalists in Monrovia as part of the mission’s preliminary report.