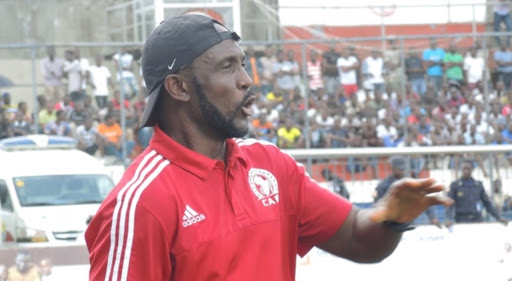 It can be recalled that Marteh was assaulted by Debbah on August 26 at the end of a sports program on Farbric Radio.

The hostility between Debbah and Marteh started over salary contentions raised by the coach. Debbah went to Farbric Radio to complain that the LFA had failed to settle he and his co- workers seven months’ salary arrears owed them.

Expressing his frustration over the LFA delay in paying them, journalist Marteh who is a co-presenter of the sports program expressed his disappointment in Debbah’s assertions and joined the LFA Vice President for administration, Musa Shannon who asked Debbah to resign his post if he was disenchanted over his salary arrears.

Marteh than described Debbah as being inconsistent about his opinion of LFA President Musa Bility’s leadership, wherein at one point in time he termed him as the worst LFA boss and other time, refers to him as the best, saying there was no need for him to complain.

The former Liberian international Striker, now head coach, got angry with the journalist’s statement, and at the end of the program both sports men had verbal exchanges which was heard by listeners.

Debbah who is noted for his temperament attacked Marteh which resulted to Marteh getting injured on his legs and face.

The Lone Star head coach, expressed his “deep regret” over the incident after a special committee was setup by the LFA to look into the matter and found Debbah guilty of brutalizing Marteh.

The former Mighty Barrolle striker was subsequently charged by the FA in relation to the unlawful act against Marteh.

He said: “I made a mistake with my action which I profoundly regret. I was disappointed with myself for it.

“I have apologized to Marteh which he accepted. It's not my character, it's not my type, as most people know and once again I apologize for it.”

The LFA Vice President for administration Musa Shannon described Debbah’s conduct as “wholly unacceptable” but stood by him.

Shannon said the fine on Debbah was done by the Special committee setup by the LFA to settle the matter but said it was unfortunate that the media consultant of the LFA did not publish the fine imposed on Debbah.

Speaking to FrontPage Africa Shannon said “James Debbah has been fined US$500.00 in relation to his act against Journalist Marteh on August 26, 2017.”

“His action was improper and not good for the head coach of a national team and this is a warning to others.” Musa asserted.