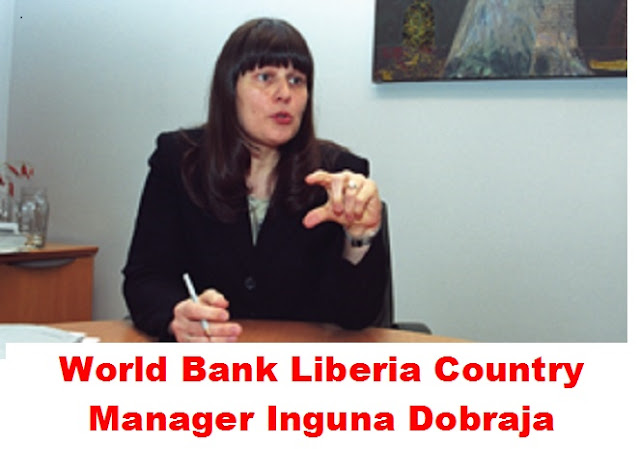 The World Bank Board of Executive Directors has approved a new financing agreement of US$10 million International Development Association (IDA) credit to provide income support to extremely poor and food insecure households in Liberia. This agreement will also establish key building blocks of a basic national safety net delivery system of Liberia.
According to a World Bank press release from Washington, the Liberia Social Safety Nets Project (LSSNP) will directly benefit 10,000 extremely poor and food insecure households in four of Liberia’s most food insecure counties: Bomi, Maryland, Grand Kru and River Gee. Also, the LSSNP will indirectly benefit all households that will be captured in the Social Registry, who would be potential beneficiaries of other safety net programs.
World Bank Liberia Country Manager Inguna Dobraja says: “The Social Safety Nets Project focuses on delivering cash transfers to the poorest households in Liberia and providing accompanying measures to support their food security.” Madam Dobraja added: “the project will place emphasis on addressing vulnerability and reducing poverty in the targeted project areas.”
The project would carry out cash transfers, and also implement accompanying measures promoting the growing of quick and high yielding nutritious food through home gardening.  Additionally, it will provide support for increasing awareness on improved nutrition among targeted households as a means of reducing vulnerability. Liberia has a high degree of malnutrition among children and the lack of dietary diversity in the most food insecure and chronically poor households. These accompanying measures will encourage beneficiary households to improve consumption and invest in the human development of their families, particularly young children, as well as pregnant women and lactating mothers.
The LSSNP will also provide support for further developing Liberia’s long term systems building in the larger social protection sector. It will contribute to increased efficiency and accountability in the delivery of social services through the creation of a national Social Registry that seeks to collect information on all poor households in Liberia.
“The Liberia Social Safety Nets Project marks a significant step forward in the support to long-term recovery and resilience building for communities affected by shocks in the Liberia,” said Suleiman Namara, Task Team Leader.  “The systems developed under this project will help make social protection interventions better targeted, more accessible, as well as strengthen coordination of service delivery.”
The project will be implemented by the Ministry of Gender, Children and Social Protection in collaboration with the ministries of Health and Agriculture. Further support will be provided by Liberia Institute of Statistics and Geo-Information Services, and Liberia Anti-Corruption Commission.
* The World Bank’s International Development Association (IDA), established in 1960, helps the world’s poorest countries by providing grants and low to zero-interest loans for projects and programs that boost economic growth, reduce poverty, and improve poor people’s lives. IDA is one of the largest sources of assistance for the world’s 77 poorest countries, 39 of which are in Africa. Resources from IDA bring positive change to the 1.3 billion people who live in IDA countries. Since 1960, IDA has supported development work in 112 countries. Annual commitments have averaged about $19 billion over the last three years, with about 50 percent going to Africa.