Liberia’s Secret Companies - The US connection 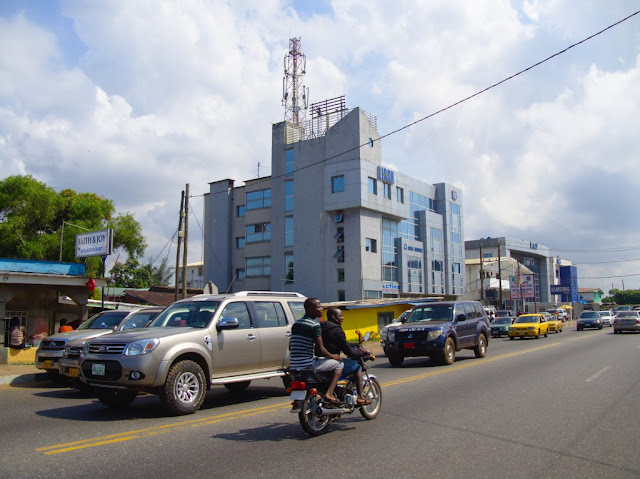 The UK is not the only country that has created a web of offshore secrecy. According to Finance Uncovered investigation published today in South Africa’s Daily Maverick in cooperation with AmaBhungane, America’s offshore outpost in Africa.

Finance Uncovered exposed a little-known offshore business registry that has created tens of thousands of anonymous companies and registered them to a non-existent address in Monrovia, Liberia’s capital city.
Although these companies are technically a creation of Liberian law, management of the registry is based in the United States and appears to have the support of the US government.
The companies, which can be purchased online, offer near-total anonymity to their clients, allowing them to hide assets without fear of being caught by law enforcement or revenue authorities.
Over half a billion pounds of high-value London property registered to Liberian offshore companies was found.
And there have been allegations that revenues from the registry were used to fund arms purchases during Liberia’s violent civil war.

Non-resident corporations are a particular form of corporate entity offered by the Liberian government to foreigners. They cannot do business in Liberia, and anyone in the world can set up such a corporation online within 24 hours through a corporate service provider.
Registered with the ministry of foreign affairs, they have no liability to pay taxes in Liberia, and no obligation to declare who owns them or file annual accounts.

It is unclear exactly how many offshore companies Liberia has established. The Liberian government does not publish official figures, and Liberian officials repeatedly stonewalled requests for information, citing “commercial confidentiality”.

Outside LISCR, the LMA, the ministry of foreign affairs and the president’s office, few Liberians seem aware that the offshore companies registry exists.

Liberia’s former auditor-general, John Morlu, slammed what he called secrecy surrounding the registry and the Maritime Programme of which it forms part.
He told Finance Uncovered  in an email: “The Presidency has managed to conceal the corporate registry in the infamous maritime registry with 99% of the Cabinet, 99% of the legislature, and 99% of the Liberian people having no clue what a corporate registry is.
“Many Liberians know that the Maritime Programme is lucrative, and since it has always been the prerogative of the presidency no one dares bother to poke into it.”

However, Finance Uncovered located an OECD report from 2013 on Liberia’s tax and transparency laws which states that 55 000 companies are registered in that country. Most are understood to be non-resident corporations.
In 2009 the trial of former Liberian president and convicted war criminal Charles Taylor heard that the offshore corporate registry had registered 40 000 companies.
Finance Uncovered asked for comment, the Liberian government claimed that the maritime programme and the registry are not secret and that President Ellen Johnson Sirleaf usually reports on the activities of the registry in her annual State of the Union address.
No mention of the registry could be found in the previous two State of the Union addresses. They asked when Sirleaf last updated the Liberian legislature on the programme, her spokesperson,
Jerolinmek Matthew Piah did not respond.

A LISCR spokesperson said the foundation of the registry “resulted from an initiative of the United States government at the end of World War 2 to set up, in effect, an offshore ship register for the United States.”
Liberia was chosen because of the “strong historical connections between the US and Liberia”.

Today LISCR, the register’s current manager, is based in Vienna, Virginia, at the heart of the US military-industrial complex close to Washington DC. It has offices across the world.
The fees collected by LISCR are transferred to the Liberian government through a special account at the US Federal Reserve.
Liberian law continues to require that LISCR is owned and managed by US nationals. Its owner is Yoram Cohen, whose investment firm YCF Group owns agriculture, shipping and telecommunication companies operating in 18 countries, according to its website.
Cohen was also the president of Cellcom, a Liberian cell phone company, before it was sold to Orange earlier this year.

LISCR itself is registered in the tax haven and secrecy jurisdiction of Delaware in the US –prompting criticism in 2003 from the United Nations, which said it would have preferred the company to publicly declare its shareholders.
LISCR said the UN has never accused it of wrongdoing and that it has always co-operated with Security Council investigations into Liberia.

According to news reports, an agreement signed earlier this year between LISCR and the Liberian government grants the Liberian Maritime Authority, which has taken over from the BMA, 25% of revenues to meet its running costs. There appears to be little scrutiny of where the money goes, although there is no evidence that it is used for inappropriate expenditure.

The government refused to respond to questions about the revenues generated by the corporate registry.