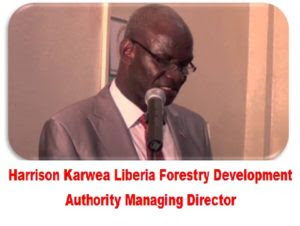 Liberia has received a $36.7m grant from Norway to support its efforts to improve the integrated management of forests.
The Liberia Forest Sector Project (LFSP) aims to support Liberia’s transition from commercial management of forests to one that incorporates conservation and social value.
Liberia has faced difficulties in managing its 4.5m hectares of lowland tropical forests sustainably.
Following the coup and civil wars between 1980 and 2003, the United Nations Security Council imposed sanctions on Liberia to prohibit trade in roundwood and timber products, as revenues had been used to finance the country’s 14-year civil war.
In 2006 sanctions were lifted to allow the launch of an ambitious forests sector reform process.
Harrison Karnwea, managing mirector of Liberia’s Forestry Development Authority, said: “The project… will increase the sharing of benefits accrued and support small-scale and community-based enterprises based on the sustainable use of these resources.”
The LFSP was the first project signed under the World Bank’s Forest Action Plan, which was launched in April 2016 and has been under development for 10 years.
“This project is part of the country’s post-Ebola economic stabilization and recovery plan and will help the country to ensure that its major natural resource is used to benefit the economy and the Liberian people,” said Inguna Dobraja, the bank’s country manager for Liberia.
“It will support the strengthening of relevant institutions, policies and capacities, and attract investments in the sustainable management and use of one of the largest contiguous forest blocks left in West Africa.”
The main beneficiaries of the LFSP will be Liberian communities directly dependent on forest resources in the counties of Bomi, Lofa, Gbarpulo, Grand Cape Mount, Grand Gedeh, Sinoe, Grand Kru, River Gee, Rivercess and Nimba.