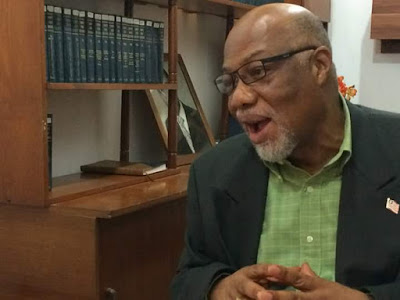 The Chairman of Unity Party, Sen. Varney Sherman has officially denied being a facilitator of bribes as was reported by the Global Witness.
The Global Witness accused some top Liberian Government officials, recently, for the their alleged involvement in US$950,000  bribery and other suspicious payments by a UK mining company Sable Mining, which was channel through its Liberian Lawyer, Cllr. Varney Sherman to pass to  officials of the Liberian Government to get hold of the concession for mount Wologizi in Lofa county.
However President Ellen Johnson Sirleaf has setup a task force to investigate the alleged bribery involving these top officials across the country.