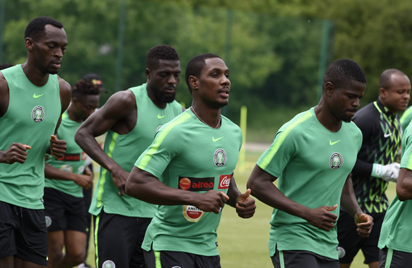 Super Eagles coach, Gernot Rohr said after the hard earned 3-0 win over Seychelles last Saturday in Victoria, attention has now been shifted to how to collected the maximum points from Libya, when they clash on October 13 in Kaduna.

The Eagles got their AFCON qualification chances back on track after the win in the Seychelles’ capital city and they need a win in Kaduna to overhaul the Libyans who are currently topping group E with four points and ahead of South Africa with goal difference.

It was important we won the game in Seychelles. Now we must concentrate on the Libyan games,” Rohr said He added that he was happy with the response of the Super Eagles who lost their first qualification tie to South Africa in Uyo. “It was not an easy game because Seychelles fought so much and were very aggressive,” Rohr told Footballlive.ng. “They wanted to get a result. Second half was more difficult because we had the wind to contend with and against a fighting team. “Am satisfied with the result.” “We had one injury and two yellow cards. That was why I had to substitute Kelechi Iheanacho. I didn’t want a second yellow for him.”