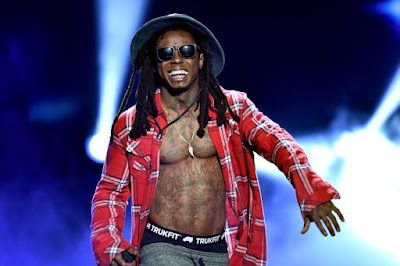 Its safe to say the roll out for Lil Wayne’s Carter V album has been a long and tireless road for not just Wayne but for us fans too. From countless delays & setbacks to a highly publicized legal battle with his former Cash Money boss Birdman, Lil Wayne has been handcuffed on releasing one of the most anticipated projects of the decade. However, things changed last month when Wayne & Birdman finally settled on their $40 million dollar lawsuit, allowing Weezy to get off Cash Money Records and finally prepare the release of Tha Carter V. And after weeks of heavy promotion, which included the likes of James Harden, Floyd Mayweather & Odell Beckham Jr all teasing its release, Tha Carter V has now finally arrived today in celebration of Wayne’s 36th birthday.
The follow up to last year's D6: Reloaded contains 23 tracks in total and features guest appearances from several big household names, including Kendrick Lamar, Travis Scott, Nicki Minaj, XXXTentacion, Mannie Fresh, and even his daughter Reginae Carter, who appears on the song “Famous.” Meanwhile, production is handled by the likes of Manne Fresh, Boi-1da, Vinylz, & more.
“Y'all hung in there with me for the last 30 millions. I can't do nothing but thank y'all for all the love and all the passion and every ounce of everything I have left in my heart,” he said when announcing the album. “It goes to y'all, honestly: my fans, my supporters, the world. Of course its God and family first but I am nothing, absolutely nothing, without my fans. I hope you guys love this album. With this album, I always give you all of me, but with this album I'm giving you more than me. You gotta always remember that this is years of work. This is four, five, six years of work that you'll hopefully be listening to.”