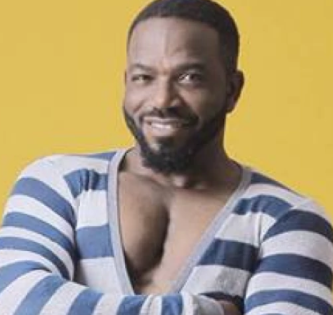 Openly gay and newly married Nigerian man, Kenny Badmus, says the hypocrisy about homosexuality in Nigeria is alarming as the people who condemn it openly are into it secretly. In an interview with The Punch, Kenny who got married to his American partner in July, revealed that he has had flings with some clergymen as well as a senator in Nigeria

''The elephant in the room is denial. We pretend these things are not here. We blame it on the devil or white people. I once slept with a Nigerian Senator, and I’m not surprised he will be the first to put his hands up voting in favour of the same sex marriage prohibition act. While in Nigeria, I had sex with church ministers who would come in the open to preach against homosexuality as though it was the reason why Nigeria never had constant electricity. The hypocrisy is deafening. We didn’t learn about same-sex relationships from western countries. Some of my first same-sex encounters were mostly with people who didn’t speak English at all or ever set their feet in a Western school environment. Gay people are not the only ones who need to come out. We all need to look into our lives and be upfront with ourselves. Am I living my authentic life or am I living it to please families and friends? To come out is to confront shame and limitations to live our most authentic life.” he said

When asked to speak on popular Nigerian cross dresser, Bobrisky, Kenny who came out of the closet via his Facebook page some years ago, said

“In our days as young gay Nigerians, it was Denrele Edun. All that Bobrisky is doing now, Denrele did and even more. Just that there were no social media. To me, Bobrisky and Denrele are powerful provocateurs and gender-bending individuals who continue to use the power of the media to project a side of us we often hide away from. They don’t have to be gay. If they say they are not gay, then they are not. Gender presentation or identity is not equal to sexual orientation. There are famous drag queens here in America who are not gay.”