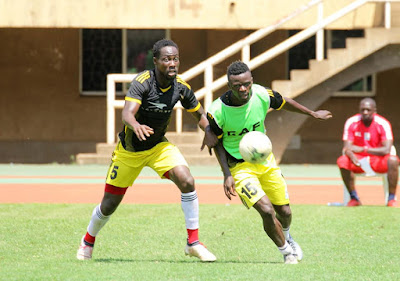 
Barely two days to the AFCON group L qualifier against Tanzania Taifa Stars, the Uganda Cranes intensified their drills with a double session on Wednesday at the Mandela National Stadium, Namboole.
The Cranes held a morning training session that was joined by one in the afternoon with emphasis laid on all aspects of the game; winning and retaining the ball possession, quick break on the counter, crossing, scoring as well as defending.