In a Florence flood, she tried to hold onto her baby. But the water ripped him away. 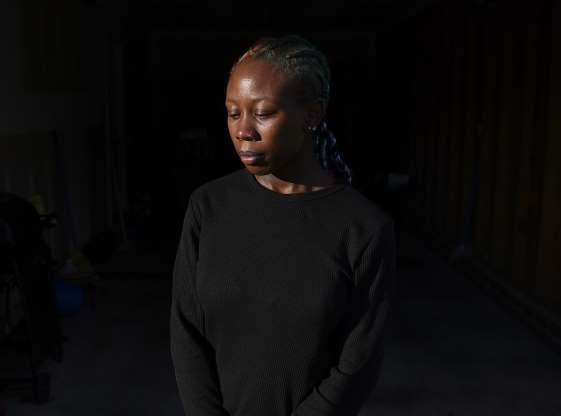 
CHARLOTTE —When Dazia Lee tries to bring order to the disorder of that night, it helps her to think in numbers. She thinks of the exact times of every decision, every call, every bit of bad news — reference points leading until the very last when, at 10:20 a.m. on Monday, she received a call from a county detective saying that the body of her 1-year-old son, Kaiden, had been found 15 feet underwater.
The story of how that happened began the night before, on Sunday, at 7:02.


All weekend, Lee, 20, had watched the staggering force of Florence rip through the region, killing people and unleashing devastating rains, winds floods all over North Carolina. But by 7:02, all of that seemed over to her. It was barely even raining in her neighborhood in northeast Charlotte, where she lived with her parents and son. And she was due to visit her grandmother, whom she’d missed seeing over the weekend, at her home in Wadesboro, more than an hour away. 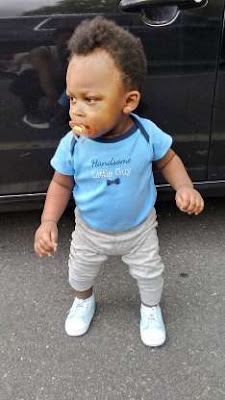 
So she brought out her and went through the routine she always performed to make sure he was safe and comfortable. She buckled him into a car seat in the back of her 2010 Hyundai Elantra. She placed his bottle nearby. Tugged down his white shirt and blue pants. And, knowing how hot Kaiden can get — “all that testosterone,” her sister, Kaila Lee, jokes — she turned on the air conditioning.
She pulled out, heading south. The roads seemed fine, and there were lots of cars on them. Feeling like there couldn’t be anything more normal than this, she pulled onto the country roads and into Union County.
Before long, she came upon several orange barrels along Highway 218, near Richardson Creek outside of New Salem. They didn’t exactly block the road, she said, but they were on either side of it. She pulled over and thought for a moment. The news had said that some of the roads could be dangerous — “unprecedented,” had been how the National Weather Service had described some of the floods — but everything until now had been fine.
Thinking it over, she saw several cars heading in the opposite direction. They drove through the barrels and past her. It must be fine if they’d made it through, she thought. She put the car into drive and checked the time.


7:52 p.m.
She drove between the barrels, down the hill  around the curve. That was when she heard the rush of water.
'I protected him'
If there was anything that Lee ever wanted to be, it was a good mom. She had just never expected to be one at such a young age. She was a senior in high school when she found out she was pregnant, and though she knew some people might have counseled either an abortion or adoption, she wanted to have her son.
So she finished high school, got her diploma, and, after carrying him for eight months and six gave birth and started working right away. First came a job at a Dunkin’ Donuts. Then at a FedEx warehouse. And later at an Amazon.com distribution center, where she did so much lifting that other co-workers commented on how strong she was. Lee would work overtime shifts, feeling good that she was the one providing — buying Kaiden’s diapers and bottles — raising him as a single parent.
Every night, she’d come back to Kaiden, taking him on sunset strolls through the neighborhood, impressing her sister with the sort of mother she had become.
“The only thing she ever wanted was to protect him,” said Kaila, 18. “As soon as he came out of the womb. . . . Whenever he was crying, she was always the first one to go. My mom or I would go and check on him, but she was always already there, feeding him.”
“I protected him from everything and everybody,” Lee said.
So on Sunday, when she strapped Kaiden into his car seat and went off into streets that had just been hit with six to eight inches of rain, no one in her family worried. Lee was there. And she would keep Kaiden safe.
'Oh, God'
It was almost completely dark when the Elantra hit the water and started to hydroplane. The car spun around several times, banked to the left, its tires lifting off the road. For a moment, Lee couldn’t think — her only feeling was fear.
They were sinking. Water was beginning to rush into the car. She heard herself begin to scream.
“Oh, God, oh my God, not like this, not like this,” she recalled saying over and over.
Without unbuckling herself, she reached back for Kaiden. He didn’t look terrified or even worried; his round face showed only confusion. She unstrapped him and began to gather his things, but, realizing there was no time, left the items behind. She got him into her arms and noticed that the windows were already busted. She’d have to climb through.
Then she saw that her seat belt was still on, and suddenly she was struggling with the most basic of tasks. The water continued to rush in. She finally released the belt and started to climb out, carrying Kaiden, knowing how strong she was, and that she’d never let go. Then, just like that, she was free — until her foot got snagged on her seat belt, and she felt herself plunge into the water.
It smelled artificial — almost like pool water — but it was thick with mud and grime and who knew what else. She tried to right herself but couldn’t. Brush and tree branches were in her face. Her mouth was filling with water. She couldn’t see a thing.
She’d been holding Kaiden to her chest. But now she was only holding onto his forearm. The waters whooshed by with surprising force, pulling him away. She had his wrist. Then his hand. Then his fingers. Then he was gone.
'He's gone'
12:23 a.m.
She was being released from the hospital, where she’d been taken for her injuries, which were minimal, after a passerby, whose name she never got, saw the car spin out and helped rescue her. Her parents and sister were now with her, and they were all heading back out to Highway 218.
Kaila still had some hope. Maybe the boy had been pushed to the side of the creek. Maybe he’d been knocked unconscious, and that was why he hadn’t screamed or heard others yelling for him. That hope, however minuscule, disappeared when she saw the flooding.
“All you could hear was a waterfall,” she said. They called for Kaiden but heard nothing. There was only water and blackness.
A light came up in the distance, and Kaila shouted: “The news is out here!”
“I did everything I could,” Lee told the reporter, wiping away tears as the camera operator’s light shone on her face. “From the moment I was pregnant until the moment I lost him. I did everything I could to save and protect him.”
Now she just wanted to find his body.
They searched until 5 a.m., in the weeds and wetness of what Florence had left behind. Failing to find her baby, and not knowing what else to do, she went to the Union County Sheriff’s Office. She and Kaila checked in on the news of the loss of Kaiden, and what commenters were saying, much of it unkind to Lee.
“Mom made a bad decision,” one commenter on Facebook said.
“Although I feel for this child, I do not feel for the mother,” another said.
“Negligence,” added another.
It made everything so much worse. Don’t these people know how much she loved that child, and how the roads had seemed safe?
Then she couldn’t think anything more, because the phone was ringing, and the voice on the other side was saying, “he’s gone,” and she was looking at the time.
10:20 a.m., it said.
Source: terrence.mccoy@washpost.com﻿