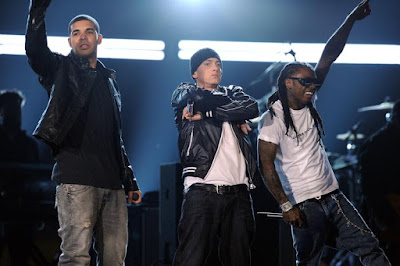 
"Killshot" is quickly becoming one of the most commercially successful diss records of all time, even with all the criticism Eminem has been facing because of it. Kellz heard the song and rated it a 6 out of 10, deciding not to respond. The track has officially debuted at #3 on the Billboard Hot 100, beating "Rap Devil's" at #13. The song has even helped Em reach new territory, officially tying Lil Wayne as the two rappers with the third highest number of top 10 entries to the Hot 100. Both stars now have 20 records each that have charted in the top 10.
Em received even more good news today as his "Lucky You" record with Joyner Lucas is now eligible for gold certification. Congratulations to Slim for the continued chart success!﻿