September 11, 2018
The death of a fan overshadowed Madagascar’s 2-2 draw with Senegal yesterday as qualifiers continued for next year’s Africa Cup of Nations.
At least 40 more people were injured in a stampede before kick-off at the stadium in Antananarivo.

Despite the tragedy, the Group A qualifier went ahead as scheduled.
Elsewhere on Sunday, Ivory Coast, Mali and Tunisia all won away from home in the second round of qualifiers.
The 12 group winners and runners-up will secure places at the 2019 Nations Cup finals, except for Group B, where hosts Cameroon and the highest-placed other team will both qualify.
Group A
Senegal were twice pegged back by Madagascar in a match which was marred by the deadly stampede before kick-off.
Moussa Konate had put Senegal 1-0 ahead with Paulin Voavy equalising just before half-time.
Keita Balde made it 2-1 to Senegal in the second half with Carolus Andriamahitsinoro hitting an equaliser to make it 2-2.
After two matches, Senegal lead the group on goal-difference ahead of Madagascar.
Equatorial Guinea are third – a further point back – after their 1-0 win over Sudan on Saturday. 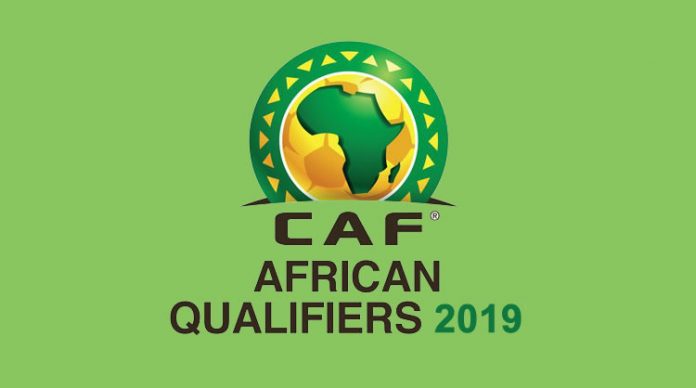 In Group H, former champions Ivory Coast got their Nations Cup campaign back on track with a 2-1 win over Rwanda in Kigali.
After their opening loss to Guinea at home in the first round of qualifiers in June 2017, the Elephants were under pressure for a win, and Jonathan Kodjia set them on their way with a goal on the stroke of half-time.
Max Gradel added a second for Ivory Coast just after the break with Rwanda hitting back through Meddie Kagere to make it a nervy finish for the Ivorian team.
Guinea beat Central African Republic 1-0 in the late game in Conakry on Sunday to go top of Group H, above Ivory Coast, with their second victory.

Mali were also winners away from home, beating South Sudan 3-0 in Juba to make it two wins out of two so far in Group C.
Goals from Moussa Marega, Salif Coulibaly and Adama Traore gave Mali the win which puts them top of the group after the 1-1 draw between Gabon and Burundi on Saturday.

Tunisia also maintained their perfect start to qualifying for Cameroon 2019 with a 2-0 win away to eSwatini (formerly Swaziland) in Group J.
First half goals from Taha Yassine Khenissi and Naim Sliti gave Tunisia their second straight victory.
Tunisia are three points above Egypt who beat Niger 6-0 on Saturday.
Sierra Leone missed the chance to take an outright lead in Group F, after falling to a 1-0 defeat away to Ethiopia.
A penalty from Getaneh Kebede after 36 minutes was enough to give Ethiopia the victory, and it means all four teams in Group F are now level on three points each.

In Group G, Zimbabwe collected a point away to Congo Brazzaville to go top of the standings after a 1-1 draw.
Khama Billiat gave the Warriors the lead after 22 minutes with the hosts finding an equaliser through Thievy Bifouma in the second half.
DR Congo are second in the group, behind Zimbabwe on goal-difference, after a late equaliser helped them draw 1-1 away to Liberia.
Cape Verde went down to ten-men late-on in their 1-1 draw away to Lesotho in Group L.
Uganda remain top of the group after their 0-0 draw with Tanzania on Saturday.
A goal from Gelson was enough to bring Angola their first points in Group Ias they beat Botswana 1-0 in Luanda.
Botswana are bottom of the group without a point, with Mauritania top of the standings after their 2-0 win over Burkina Faso.
Also on Sunday, Togo and Benin drew 0-0 in Lome which keeps Algeria top of Group D on goal difference above Benin, after their 1-1 draw away to the Gambia on Saturday.