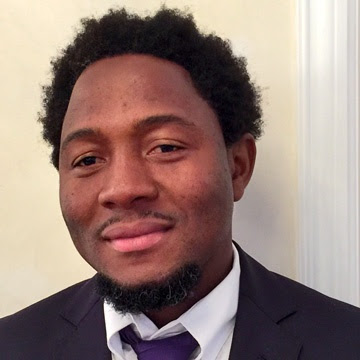 Mr. Ibrahim Al-bakri Nyei, a young Liberian researcher and activist has been accepted into the revered Adam Smith Fellowship program that seeks to encourage doctoral students to critically engage key thinkers in political economy.  Mr. Nyei will spend the next academic year as a researcher at Mercatus Center located at George Mason University. He will be joining a dozen others from around the world.

The Mercatus Center's Adam Smith Fellowships are exceedingly competitive and merit-based. They are awarded to graduate students pursuing doctorates in a variety of fields including economics, philosophy, political science and sociology, among many others.

He also possesses more than ten years of experience as an activist, public servant and newspaper columnist.  Over the last ten years, Neyi has worked with the Governance Commission of Liberia, serving in multiple capacities including his current post as the Program Manager and Senior Policy Analyst for Political and Legal Reforms. He served as an international election observer for the African Union and the Economic Community of West African States. He has observed elections in some of Africa's most troubling and problematic contexts such as in Egypt 2015, Guinea Bissau 2014, Mali 2013, Nigeria 2011 and 2015.

Now an Adam Smith Fellow, Nyei will officially join others for the first colloquium of the fellowship from September 6 -9 focusing on the theme of 'Liberty and the Market Process: Key Contributions from Austrian Economics'. The program is expected to end on August 15th, 2019, according to the University. The one-year program is directly targeted at doctoral students from any university and in any academic discipline with interest in honing their skills in political economy.