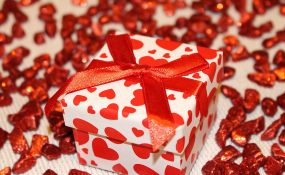 John Saah, the deputy commissioner and chief of public safety of the Liberia National Police (LNP), accused of authorizing the flogging of a Police Inspector Mark Kardamie for having extra-marital affairs with the commissioner's fiancée, has been charged and forwarded to the Monrovia City Court for prosecution.
Saah, together with Superintendent Kais Sampson, Chris Doe and Rodney Macauley of the Major Crimes Unit, are currently standing trial for the commission of the crime of aggravated assault. Earlier, Associate Magistrate Eric Cooper had written Police Inspector General (IG) Patrick Sudue to have the defendants attend the court's hearing into the matter.
A document, addressed to IG Sudue, and obtained from the court by the Daily Observer, supported Magistrate Cooper's claim about the refusal of the accused to appear before the court, despite numerous communications from the court for them to do so.
Officer Mark Kardamie, while treating wounds he sustained from the flogging.﻿