Who Is Milton Klechee? 5 Things To Know About Berenice Mulubah's New Artist 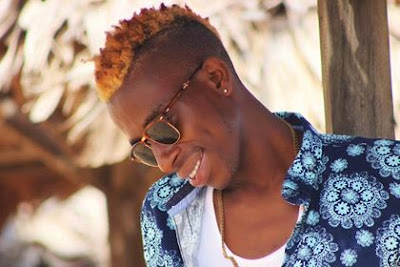 Want to learn about the Liberian traditional artist that has Berenice Mulubah's attention? Here are five things to keep in mind.

Familiarize yourself with Milton Klechee, the latest signee to C Liberia Clearly Records. Milton Klechee is the first artist to join C Liberia Clearly label. With his single “Kwedeh” dropping last week, his rise to stardom is progressing at an expected pace. As a result, it’s not hard to imagine many listeners wondering who the heck Milton Klechee might be. If you count yourself among them, here are five bits of information that might help widen the scope of your perception.

One of Milton Klechee’s previous hustles was working as a photographer at C Liberia Clearly for two years.  While he always wanted to be an artist, he was placed on a two year probation by the company, giving him time to learn everything he needed to know about the music business and focus on his education.

Milton Klechee takes great pride in learning. He is currently pursuing a bachelor's degree in Mass Communication at the United Methodist University. He is expected to graduate within the next semester.

Milton Klechee loves reading self help books and books that make him feel included in the story.  His top five favorite books are The Secret, Think Big, Millionaire Success Habits, Success Is Not An Accident, and Little Gold Book of Yes Attitude.

Milton Klechee moved to Paynesville in 2007. He attended Paynesville Seventh Days Adventist High at ELWA junction.  He often talks about his community and the growth and development he would like to bring to ELWA. ﻿