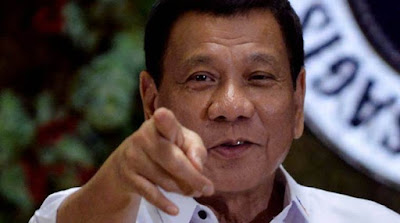 ﻿
The Philippine president, who recently sparked outrage for calling God stupid, has courted new controversy in his largely Roman Catholic country by saying he will resign if anybody can prove that God exists.

President Rodrigo Duterte, who has had a thorny relationship with the church, questioned anew in a speech late Friday, some of the basic tenets of the Catholic faith, including the concept of original sin, which he said taints even innocent infants and can only be removed through baptism in a church for a fee.

“Where is the logic of God there?” Duterte asked in a speech at the opening of a science and technology event in southern Davao city. The 73-year-old leader said that if there’s “one single witness” who can prove, perhaps with a picture or a selfie that a human was “able to talk and to see God,” he will immediately resign.﻿