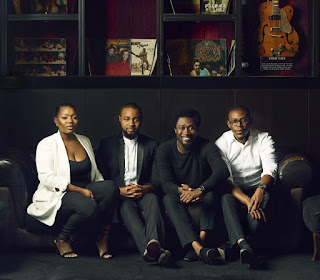 
As part of its expansion plan within West Africa, Universal Music Group (UMG), a world leader in music-based entertainment, has launched a division in Nigeria.
The announcement was contained in a statement made available to PREMIUM TIMES on Tuesday and comes a month after this paper reported Tekno’s deal with UMG and Island Records.
The new strategic division will operate from a new office in Lagos, headed by General Manager, Universal Music Group Nigeria, Ezegozie Eze.
With its global networks, marketing, promotion and distribution, UMG will support artistes from Nigeria, Ghana and Gambia.
Mr Eze will report to Sipho Dlamini, MD, Universal Music South Africa and Sub-Saharan Africa, the statement said.
UMG has also signed an array of Nigerian-born artistes including WorldD, who recently released a new song titled “Contagious”; afro-fusion act, Odunsi (The Engine); Tay Iwar; and Ghanaian-born acts, Cina Soul and Stonebwoy.
“In addition, the label has recently signed marquee deals with acclaimed Banku singer and songwriter Mr Eazi for pan-African releases, co-signed Nigerian artist Tekno in conjunction with Island Records UK and Tanzanian singer and songwriter Vanessa Mdee in conjunction with AfroForce1 Records/Universal Music Central Europe/Universal Music South Africa. These two signings mark the first time UMG labels from the two continents have combined to sign and release African artists globally, with other artist partnerships in the pipeline with UMG labels from around the world,” the statement added.
“In recent years there has been an increase in visibility of Nigerian and Ghanaian music and its influence on contemporary music around the world. Eze and his team are perfectly placed to support, nurture and help develop artists and musicians from the region, whilst creating opportunities for new talent from the region to reach the widest possible audience,” Mr Dlamini said while making the announcement.’
Mr Eze said he was delighted to be launching the division in Nigeria, and added that the new move is a huge statement of belief in local music talent.﻿