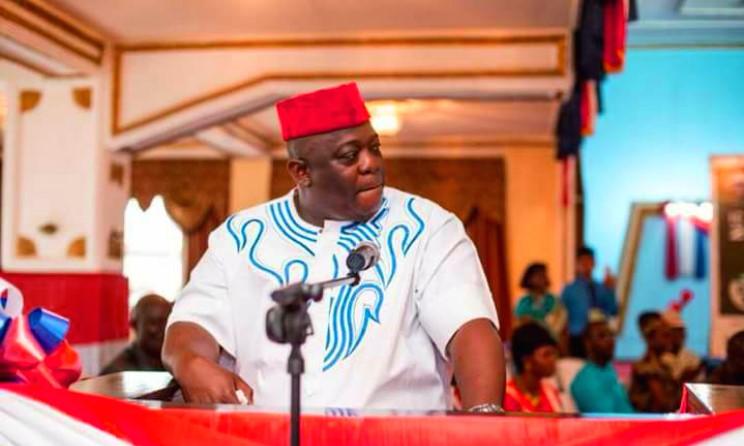 
One of the candidates for the position is radio personality-turned-politician Bernard Benson, alias DJ Blue, who says he is confident of winning the upcoming election. He told local media he was sure of success, given his status as truth-teller and a history of helping the poor.
“The people of Montserrado County need credible representation, and they can only find that in me," he said. "They see me as a fresh voice and an ideal candidate because I am not a recycled politician or part of the elite politicians that have ruined them. No one can beat me.
“I am going to win this election because I am contesting to bring empowerment to the forgotten masses by ensuring what is allocated to this county in the country’s budget is used to benefit them. The people are tired, so they need a leader who will not be a bench warmer, but a forceful voice in the legislature to lift the people out of poverty.”
The well-known DJ and owner of Hott FM and TV, one of his country's most important media outlets, said his primary goal would be to establish a loan scheme for arts and culture, which would lead to the creation of better film and music industry.
He said the loan scheme would be given with no interest for people who were working in the creative industry. It would also improve the quality of movies, music and more as well as set policies for royalty generation.
This fixation on the film and music business has drawn criticism, but DJ Blue said no field in Liberia had been neglected as much as the creative industry. He says he plans to hold companies accountable for their actions.
“This country can only become better if the youthful population’s skill and talent are harnessed," he said. "I am going to do this through legislation. It is about time we recognise the creative industries as an engine of growth. It is about time the creative industry, comprising music and movies, be empowered with resources to improve production, which will, in turn, lead to funding of the country’s youthful population’s talent and skill.”﻿