Sylvester Stallone's ex-wife Brigitte Nielsen, 55 introduces her 5th child to the world as she explains why had another child late in life (Photos) 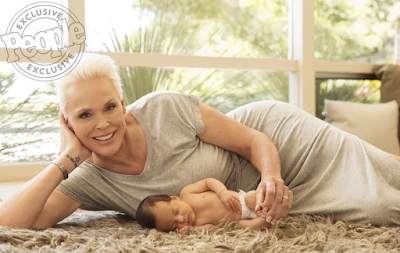 Sylvester Stallone's ex-wife Brigitte Nielsen who welcomed her fifth child in June at the age of 54, has introduced her baby daughter, Frida to the world.
The Danish actress who is now 55, explained to People in an interview why she welcomed another child late in life after more than ten years of undergoing vitro fertilization treatment.

It is such a long road Nielsen says.


“What I want women to know is that everything is possible, but you have to be realistic.” Nielsen says that soon after meeting her husband Mattia Dessi, she started planning for their future together by freezing her eggs at age 40. “If you don’t want to use [donor] eggs, you have to preserve your own eggs at a reasonable age for there to be a possibility,” she says. “I wouldn’t even bother trying after age 42.”

According to her, Doctors gave her an incredibly slim chance of conceiving with her own eggs around 3-4%.


“There is a huge disappointment,” says Nielsen of undergoing the IVF process. “If you do IVF, 80 percent of the time, it doesn’t work. It’s that phone call going, ‘It’s negative.’ It’s the waiting. It’s a lot. It’s a big, big journey.”

Nielsen who welcomed the child with Italian TV producer Mattia Dessì, 39, added, “Another thing is it is expensive. It doesn’t come easy or cheap if you do it my way. I want people to know that.” 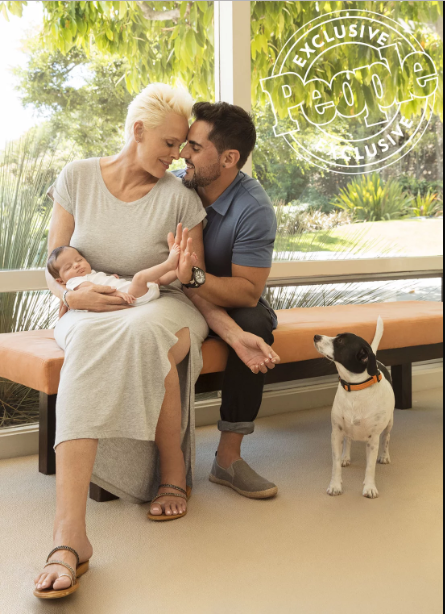